On a recent hunt for Nuestras Manos, I came across an interesting looking tie.  I remember hearing from someone that the new thing in New York these days were “flat” bottom ties, which I thought were kind of peculiar.

I found one of these flat bottom ties, but it definitely was not new!  I got it because I thought it would be a neat addition to the ties that we already have, and figured I’d do some research on it later. 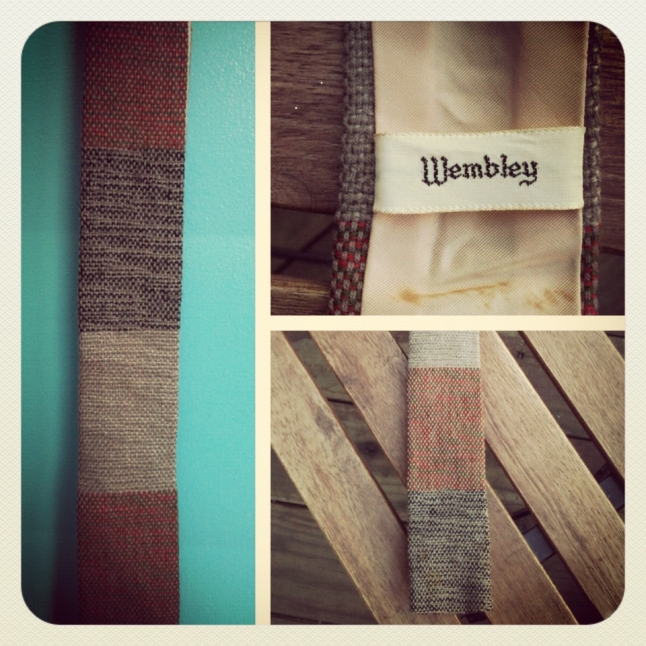 Turns out someone’s already done the work for me!  Here’s what I found on a very helpful blog:

New Orleans-based Wembley is also a necktie maker of long standing, one of a select few brand names that carry some cachet in the vintage market. Many Wembley ties, including this one, were made of “Wemlon” polyester (launched in 1962, discontinued in 1979). If they’re all like this tie, they are virtually indestructible, and it’s no wonder so many are still in circulation. Then again, it may simply be the sheer number of ties they’ve made over the years. Founded in 1925 by brothers Sam and Emanuel Pulitzer, the Pulitzer Brothers Neckwear Company company rose to prominence in 1935 when they started making ties out of worsted mohair, which had the appearance of silk but didn’t wrinkle. At that point they changed the company name to Wembley, after the mill town that supplied much of the fabric they used (now home of the stadium). In 1968 Sam Pulitzer’s heirs took full control of the company and changed the name to WEMCO. WEMCO was bought by the Randa Corporation in 1997, but continues as a business unit.

I found the obituary for one of the founders, Sam Pulitzer, in the New York Times, which I thought was pretty interesting.

Here’s another interesting article from the Tuscaloosa News, dated June 15 1986, talking about the family business. You can read the same article but in an easier to read format here. 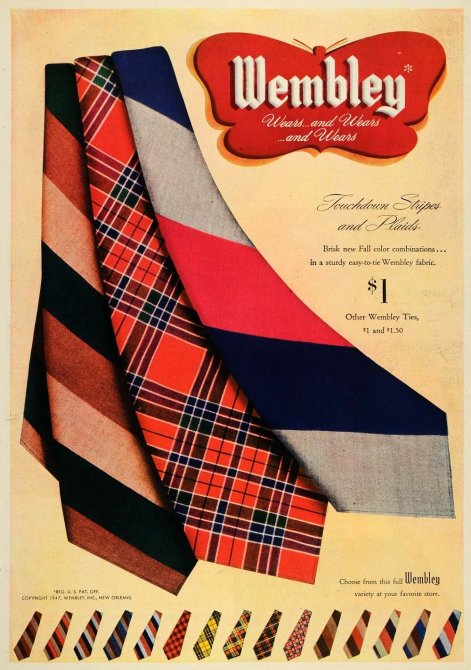 Here’s an article that ends with the announcement of the renaming of Wembley to Wemco.

For those interested in a pretty entertaining legal opinion, check this out.  It’s a lawsuit filed by Wembley based on trademark infringement and unfair competition.  The trademark that Wembley was arguing about was the adoption of the “color guide,” a tool provided with their ties that recommended what color suits that particular tie would go well with.   Surprisingly, you can still find some of these ties along with their respective “color guide” online! 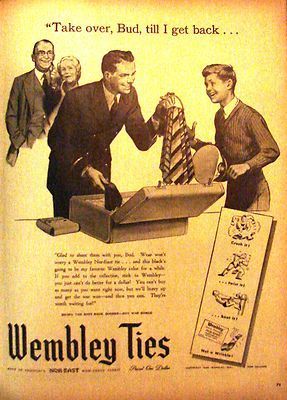